You are here: Home / About

Hello and thank you for visiting the Totally Awesome Women’s Network website. 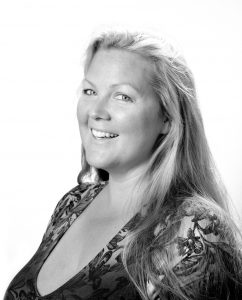 My name is Rhiannon and I started the network in February 2015, because I needed it to exist and nobody else had created it!

As a widow with a toddler, the traditional networking opportunities of breakfast meetings with the Chamber of Commerce or evening meetings with less formal groups just didn’t work for me.  I looked for alternatives that met during the day, and as nothing appeared to exist to meet my needs I decided to start it myself.  Like the misquote from Field of Dreams says “build it and they will come”.  I built it, and they did.

I turned up to the first meeting expecting to find an empty room, or maybe a few of the other mums I knew.  I was delighted to find women in the room I knew, women I didn’t, women whose work I had heard of and women who were just beginning.  I asked them what they wanted and over time we found the groove that worked.

What we all craved was connection.  The ability to learn from each other was almost a bonus.  I had created a space where likeminded women could receive a round of applause for their business and homelife successes and support when they were struggling.

Self-employment, particularly when working from home, can be extremely lonely.  Most of us had worked in bigger companies at some point previously, and the TAWN meetings became very much like the team meetings we hadn’t realised we missed.

The power of accountability was added in as a standard feature to all meetings.  We begin each session with a round up of whether we achieved what we said we would the previous month, and what else we’ve been up to.  We finish each session off committing for the following month.

What happens in the middle can vary wildly, as it is tailored to the needs of the team members.  I like to start new teams at the “beginning” with vision boards, then move through goal setting and discussing knowledge gaps.  From there we see if we can fill those gaps with expertise from within the team(s) or whether we need to invite a guest in.

Teams do not exceed 8 members, including myself, so that in any 2 hour monthly session everybody has a fair opportunity to be heard.

The TAWN Book Club launched in 2019, with Gretchen Rubin’s life-changing Four Tendencies as our first choice.  We followed that with Michelle Obama’s autobiography Becoming, then Tara Mohr’s Playing Big.

Online teams will be launching in the Autumn of 2019, to open up the network to a wider group of female entrepreneurs.  If you would like to apply for membership, please get in touch.