You are here: Home / Mindset / Has your January been endless? 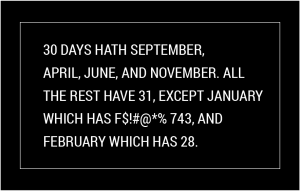 Who else has spotted these memes all over social media about how January is such an endless month?

Are you feeling the same way?

Or are you wondering what they’re complaining about, because January is flying by in a flash and you’ve still got things you want to get done before January 31st?

I posted in Carrie Green’s membership group about it, asking the other ladies how they were feeling about the month of January.  I was curious about whether the difference between how I was seeing January and how so many of my Facebook friends were seeing it was the fact that I’m self employed. 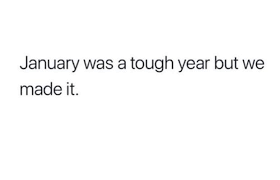 The ladies who replied seemed to agree that it was no longer than any other month, and that like me they’d be grateful for an extra week!

So maybe people feel January is a long month because of how long it is between being paid before Christmas and being paid at the end of January?  Maybe it’s also because of the weather, but essentially it seems to come down to this waiting…

Andrea Corbett, one of Carrie’s members, then added in *boom* mindset.  She said that she and her partner had been discussing this the night before and that the people who were moaning seemed to be in a fixed mindset of waiting for things to happen.

So here is the key difference.  For those of us who are making things happen for ourselves, we do not wait for things to happen.  We have a different perspective, an alternative lens through which to view time and opportunity.

One of the many great joys of self employment is that we can choose when to pay ourselves.  Another is the freedom to choose who we work with.

What if your favourite part of self employment?