You are here: Home / Goals / The Perils of Achieving your Goals

How can achieving your goals be perilous?  It’s what we keep being told to do in life, isn’t it?

I remember listening to Tony Robbins a few years back and he was telling the story of this guy who had come to him because he couldn’t break a vicious cycle of making a million dollars then losing it and having to start again.  It came down to a bit of basic NLP.  What the guy had set his focus on was “making a million dollars”, so when he’d made his million he lost focus and drive.  Had he phrased it differently, maybe “being a millionaire”, he might have saved himself a lot of heartache.

I’m sure we’ve all seen it with people who throw themselves wholeheartedly into having the perfect wedding, then end up miserable and or divorced within a few years?  Their focus was on the wedding instead of the marriage.  Or the people you see at fat club who are legendary slimmers in advance of the all important wedding photo, and then you bump into them a year or two later and they are almost unrecognisable.  The goal had no long term follow through.

Having short term goals that we can achieve and tick off and celebrate is important, but we also need something so much bigger.  You may have heard the story, allegedly about John Lennon, where a classroom of children were asked to write down what they wanted to be when they grew up.  The little boy wrote “happy”, and the teacher said he hadn’t understood the question.  The little boy felt the teacher didn’t understand life.  This is where your vision comes in.  No matter what happens or doesn’t happen, your vision is what guides you through life.

Whether you choose to call it NLP or manifesting or even prayer, the specifics of what you focus on dictate your experience in life.

I wrote a couple of weeks ago about my Year of the Cartwheel.  Did I do a cartwheel before the year was up?  Absolutely.  I did one.  It was neither stylish nor perfect, but I did one.  What I have since come to see is that, like the guy above, I also worded my goal badly.  Had I made it about “perfecting a cartwheel for a beach photoshoot at sunset” for instance, I probably would have applied myself slightly differently to the task and now be enjoying an August with a perfect cartwheel to show off at any moment, whether you wanted to see it or not.

So, what is the next physical goal?  It’s about being a badass.  Not in a Jen Sincero way (although that too), more in a bo staff wielding fuck with me at your peril Amazonian way.  I’m looking into martial arts classes as attaining a black belt has always been on my list, and I’ve decided there’s no time like the present.

Ruth Bader Ginsberg was in her 60s and recovering from colon cancer when she started working out, and she’s a legend, so why not? 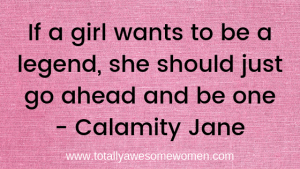 I also wanted to share this one with you – another great example of framing from the wonderful James Smith:

For anybody who hasn’t found him yet, James is a sweary no BS diet and fitness guru who knows what it’s like to be a bit fat, and watches his calories so that he can still eat pizza on a regular basis.  His daily emails are usually pretty funny too.